“Prejudice is a burden that confuses the past, threatens the future, and renders the present inaccessible.”  ~Maya Angelou For my 50th episode I wanted to do something that was enlightening, empowering and inspiring.  I had to get really vulnerable and admit that there is a lot I don’t know.  I chose to have an uncomfortable conversation, but one that I believe is necessary if we are going to experience positive change towards prejudice and racism.

It’s important to me to make a difference.  I want to understand how we can collectively bridge the gap between whites and blacks.  God gave me this platform and  I want to use it for serving others and making a positive difference.

With that said, I interviewed three women who were willing to be vulnerable with me and have an uncomfortable conversation.   I am grateful for Taira Bell, Jill Jones and Erica Devose for their time, vulnerability, friendship, wisdom, faith, resilience and strength!

Introduction to The Panelists

Taira D. Bell is a proud native of New Orleans, LA.  She currently resides in Pennsylvania with her husband and their 3 beautiful and fun-loving children, ages 14, 12, and 10. As a family they love to travel globally, and enjoy taking road trips across North America including Canada, and along the US East and West coasts! Her core beliefs are centered around Faith, Family and Friends.

She is a senior leader at one of the world’s largest healthcare companies, and has held various leadership roles in Supply Chain, Project Management, Procurement, International Operations, Global Brand Protection, and Sales & Logistics. Through her career she has had the opportunity to travel extensively across the US and globally which has influenced her views and experiences in not only racism and social injustices in the US, but challenges that are faced around the world. She has also had the opportunity to live in Puerto Rico and Northwest Arkansas (NWA) for career relocations.

In her spare time Taira is active in her church and community service efforts in the greater Philadelphia area, New Orleans and in NWA.  She is also an ambassador for the Women in STEM program and African American affinity group at her job and has a passion for people, leadership and development.  Over the course of her career she has also been instrumental in implementing organizational training, education and awareness for Diversity & Inclusion efforts.

Jill Jones is the owner and manager of MV (Martha’s Vineyard) Tee Shirts, an apparel and accessories store.

She is a dedicated and active member of her community. Jill has been a member of Jack and Jill of America, Inc., Bucks County, for over 18 years, and has held many leadership roles such as serving on the executive board, Corresponding Secretary, and Chair of numerous committees.  In her role as Education Chair, Jill was responsible for the creation of the Scholarship program for the Chapter. Jill was honored by the other members, being voted as the 2015-2016 Distinguished Mother of the Year, and as the YWCA, Salute to Woman award recipient.

In addition, Jill has a passion for music education and has co-chaired the CBSD Save-the-Music, Basket Bonanza fundraising efforts for the past 8 years. The event has raised over $200,000 for underprivileged school districts.

Jill resides in Doylestown, PA with her husband, BJ, and is the proud mother of four amazing young adults, Tré, Gabrielle, Cameron and Ben.

Erica De Vose has a Master’s degree in Educational Leadership. She has been an elementary school teacher for twenty-three years. Locally, she is the Legislative Chairperson for the North Penn Education Association. Statewide she passionately presents leadership workshops for the Pennsylvania State Education Association.  Erica also serves on the Legislative Committee and Elections and Credentials Committee as the Chairperson.

Each member of the panel has had at least one experience themselves or with one or more of their family members.  The experiences were frightening and disheartening as well as left each individual feeling hurt, angry and frustrated.

The effects have been lifelong.  Experiences of racism aren’t momentary but everlasting.   They can destroy a person’s sense of worth, ruin chances for careers and life success, and leave emotional scars that may never heal.  Unfortunately, experiences with racism are not a thing of the past, but something that still occur too frequently.

Robyn asked about the N-Word.  That word that has never been used as a positive reference to the African American community but yet, is still used.  Robyn asked for clarification as to why it seems Ok for black singers/song writers to use the word. It’s very confusing to younger generations who hear the negative connotation being used by African Americans themselves.

The consensus from the panel is that the N-Word should never be used, period.  Not even in music by fellow African Americans.

People are often confused by which term is appropriate when referring to African American people.

African American women live with fear.  Fear for their children and fear for male relatives.   White women may worry, but we don’t live in fear when our loved ones leave the house.

The fear is deep rooted from centuries of experiences of African American men being falsely accused and convicted for crimes they didn’t commit.   One in three black men are imprisoned compared to 1 in 17 white men.

Prejudice is a major driver in the fear that has been deep rooted since slavery and the Jim Crow laws.   One would think that racism, prejudice, cruelty and lack of humanity would have improved over the past 400 years, but it hasn’t.   There have been times of growth and positive movement for advancement of the African American population in the US.  However, they have been set back by the government or other organizations halting the progress.

The Media’s Impact on Prejudice, Bias and Racism

Perhaps there have been some advantages of the media sharing stories recently.   People have been more attentive because of the pandemic, but the reality is that the majority of the news has always focused heavily on the negative.

Peaceful protests, which can be so powerful for informing others about a cause or movement, aren’t reported on, but the brutality of riots is shown 24/7.   This leads to further bias.  The media can be a powerful resource for change, but it needs to be done in a way that showcases the good in addition to the bad.

History of Prejudice and Racism

History does repeat itself.  There are times when history isn’t history, but experience that just lives on.   We aren’t taught limited amounts of African American history in school.   As a result, we lack knowledge and understanding of the root of prejudice and racism.  Without knowledge we can’t understand the long-lasting effects of slavery and the Jim Crow laws.

In addition, because of a lack of understanding people are afraid and not willing to have uncomfortable conversations.   Discussing prejudice and racism will educate and empower change. It will also help cease the negative effects history has had on the African American people and encourage progress.

How can we as female leaders in our communities, workplaces, churches and schools work to promote equality and abolish racism?  It starts with having the uncomfortable conversations, like this one, and sharing the answers.  If we start to work together and take opportunities to mentor younger generations, we will empower them to have a stronger, more peaceful future and open doors for humanity and success.

To learn about The Brand Marketing Insider by Robyn Graham, click HERE.

Ask Me Anything HERE.

Connect with me, Robyn Graham: 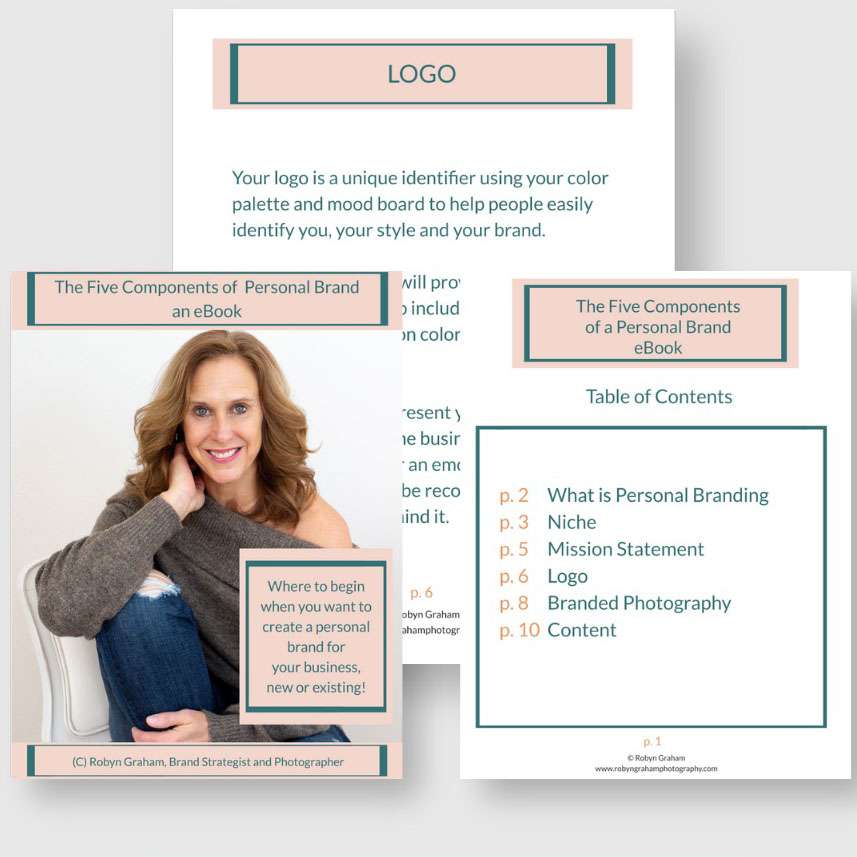 Ready to grow your brand and attract more clients?

Become a Brand Insider and get your free eBook - The 5 Key Components of a Personal Brand - Where to begin when you want to create a personal brand for your business. You'll also receive my weekly emails with brand marketing strategies, tips for branding your business, info on my favorite products, inspiration and more!